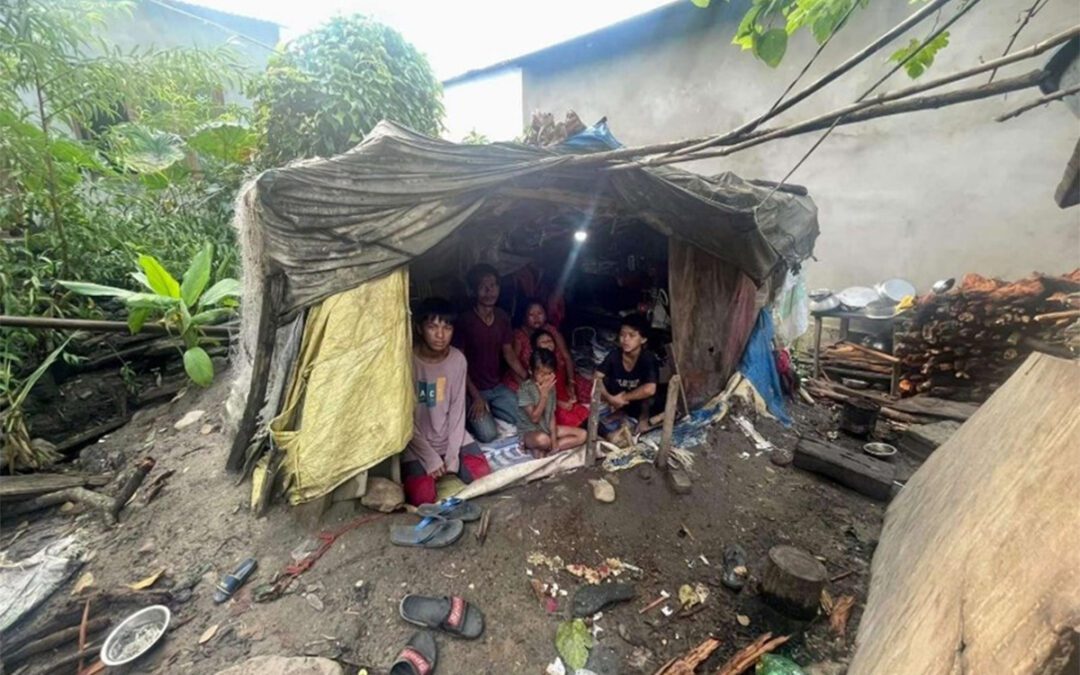 Following the initial food distribution, our first order of business has been to build a home for a family who are living in desperate conditions, under tarpaulins next to the jungle. Every day they risk their lives by intruding elephants or tigers, not to mention… well, they are living under tarpaulins, enough said really. Rabindra investigated options and we are delighted to confirm there is tribal whanau land that they can use to build a kainga/home. Due to the tropical conditions in the Chitwan area (Nepal is a land of many extremes, going from some of the coldest places on earth to the hottest, and we at HLF operate from the mountains to the jungles), the only option is a concrete home. So, in September we began construction on a home with a separate toilet building. Due to the poverty that this community lives in, these children have only ever lived under tarpaulins. I can’t get my head around that.

Every day that I get to turn the tap on in my home and out comes clean drinking water, I am reminded of how lucky I am to live in the percentage of the world who are blessed with this luxury.

I’ll always do what I can to ensure others who don’t have these basic human rights have the opportunity to be better, live better, and hope better.

Thanks to the generosity of the Bhaktapur whanau, they are now able to be far more self-sufficient than previously. They have asked that we stop paying them monthly, and instead support the Chepang villagers in Chitwan. So, we have also been able to provide a constant supply of dahl bhat ingredients for six whanau (including this whanau) for the last couple of months. Rabindra has also had the support of his network in KTM and has been receiving donated clothes to take with him on a future visit to the community. Being able to send clothes from overseas into Nepal is very difficult, and food is impossible, but if anyone would like to donate, you can do so here. 100% of all funds donated to HLF go directly to those in need, we cover all administrative costs ourselves, so your donation is guaranteed to help others.